The Problem with Cinema Today

Well, there are some few who have an objection to this idea. But no one seems to talk about the issues that have plagued the cinema industry today. If you didn’t notice these patterns, have a look!

If you take a look around, you will see that the modern-day cinema is bombarded with sequels, spin-offs and whatsoever. The concept of creating a cotton mill franchise has consumed creativity. This forced studios and investors to extend the storyline of a once great work.

The problem is, everyone is looking to do far better than the predecessor. This forces the creative box to come up with something more evil, worse, bigger and better in perspective. While all of this sounds good in theory, this is the factor that leads to downfall.

The creators are being pressured, and you can’t create products under great pressure. If you see around, you will notice that every great movie that ever came to being was not created under great pressure. They were mainly accidental hits. Every time, a movie ends up being great, it has not high expectations. But when the bar is set high, it’s very rare that the audience is left with a masterpiece.

Today, we hardly see a good drama film. It won’t be wrong to name 2010’s as the era of superheroes. These movies were introduced years before, but for every one decent movie, you get tons of superhero flicks. We are not saying we hate superheroes; it just bugs us that the overrated flicks make billions while some great movies, which are hard to find, are simply ignored.

For instance, first we had the Gangster and Mafia era, then hardcore action (both of which remains), later CGI took its toll. It’s like creators get obsessed over an element right after it becomes a success. There are some great formulas that continue to be a success after decades (sure they churned out some flops but were mostly received positively).

These are romantics, biographies, thrillers, horror (physiological, not Thrasher) and others.  The crux is, every time a studio invests big, it wants to create another God Father.

Trying Hard to be Special

We can’t just have a simple and enjoyable movie. Today, almost every movie is ridden with CGI, and hoards of modern techniques.  Filmmakers just want to recreate the magic of something that proved great; they don’t want to experiment or take a risk. This is the start of it.

Most movies are made on the idea of “one in a million.” They just want to show someone special or stand out of the crowd. The irony is, by doing so, they are following the crowd, instead of standing out. Mostly, these movies fail to connect with the audience and don’t leave a lasting impact. 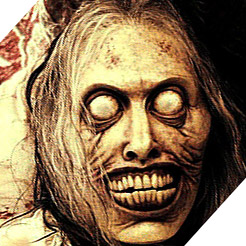